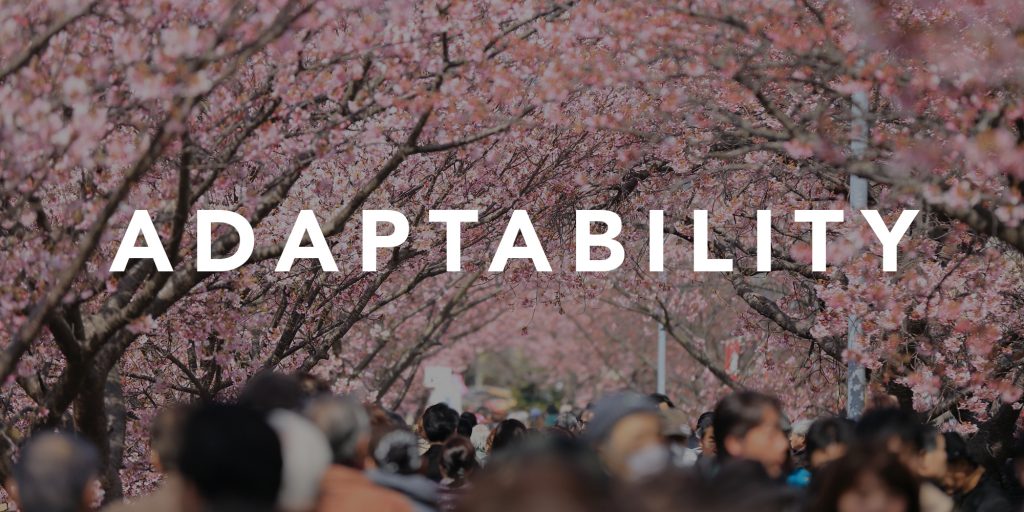 This is just a little piece about some thoughts I’ve been discussing with others.

I recently listened to Viktor E. Frankl’s ‘Man’s Search for Meaning’ and apart from the gripping depravity men can inflict upon another man, I was struck by his commentary about the normality of his situation. At every moment he faced the prospect of death by random selection, the cold, starvation and the brutality of the German guards. Early on the author states that the prisoner had to come to terms with their imprisonment. Those that couldn’t ran to the wire and faced sudden death from the watch-tower guards. Those that could realised “When we are no longer able to change a situation — we are challenged to change ourselves.” Which is what happened for most of them – they adapted to their newfound, horrific circumstances.

Conversely, those who go from poverty to extreme wealth, like unknown singers turned mega-pop-stars, soon adapt to their newfound wealth, and the power it brings. The fact is, the brain quickly adjusts to the new situation and soon they are no longer wowed and excited by the fancy champagne or sports cars. They are just part of the everyday experience.

Dale Carnegie wrote in his book ‘How to Win Friends and Influence People’ this little story, which added to my curiosity about human adaption.

“Directly in front of me thirty or forty crippled boys on canes and crutches were struggling up the stairs. One boy had to be carried up. I was astonished at their laughter and gaiety. I spoke about it to one of the men in charge of the boys. “Oh, yes,” he said, “when a boy realizes that he is going to be a cripple for life, he is shocked at first; but after he gets over the shock, he usually resigns himself to his fate and then becomes as happy as normal boys.”

On my journey of interest into the brain and psychology, I’ve become very interested in the processes of the brain and the way we can do seemingly impossible things whilst in the state of ‘flow’ (also known as ‘being in the zone’ for any of us born in the 70s).

If we are able to keep pushing ourselves beyond the limits of mental and physical ability, could we in theory adapt to that ‘new normal’ and live ‘in flow’?

Adaptation is the process of change by which an organism or species becomes better suited to its environment. If that environment was an 80ft wave, an impossible climb, or a vehicle travelling at speed, can we adapt? I’m clearly no scientist, I’m merely posing the questions, but my anecdotal evidence would say, possibly, yes. Ever driven at 20mph in a built up area, then sped off on the motorway only to come to roadworks at 40mph and it seems impossibly slow? Slower, in perception, than the 20mph you were doing in town. Have you ever tried to learn speed reading, where you run your finger so fast under the line you barely see the text. However when you slow it down, you can then read twice as fast as your previous best. That is our brain adapting to the speed, allowing us to think and see (recognise words) fast.

I also wonder if there is another opportunity we are missing for two of society’s struggles, which are diet and debt.

I was once in a mountain of personal debt. As a young man spending more than he earned, coupled with buying a house, doing it up, getting married and losing my job. I’ll say it was painful, especially when your wife has to take the pain with you, but we adapted. We spent less, went out less, drove cars we didn’t love, we saved and saved and eventually paid off all the debt. Adaptation is the process of change, where I became better suited to the ‘spend less than I earned’ environment. The thing is, my new ‘normal’ is a habit I persist with purposely today.

And what about diet? I think there is something to be said for adaptation in what we eat. I watched ‘That Sugar Film’ and decided to reduce my sugar consumption. I’ve not removed sugar completely, but I soon adapted to the lack of my afternoon boost of haribo and redbull. At first it was hard work – I was slow and tired, but after a few days I got over the mid-afternoon slump easier. So if we banned sugar in processed foods, or reduced it significantly, we’d soon have a better diet and the same levels of productivity. We wouldn’t care for long, because we would have adapted to the new normal.

To sum up this not very in-depth piece, I’ll end with a quote that makes it sound like I am widely read, except I got it from Viktor E. Frankl’s ‘Man’s Search for Meaning’ back where I started. Sorry for bursting that bubble.

Dostoevsky said in ‘Memoirs From the House of the Dead’ — “Man is a creature who can get used to anything, and I believe that is the very best way of defining him.”

To be normal, is to adapt.