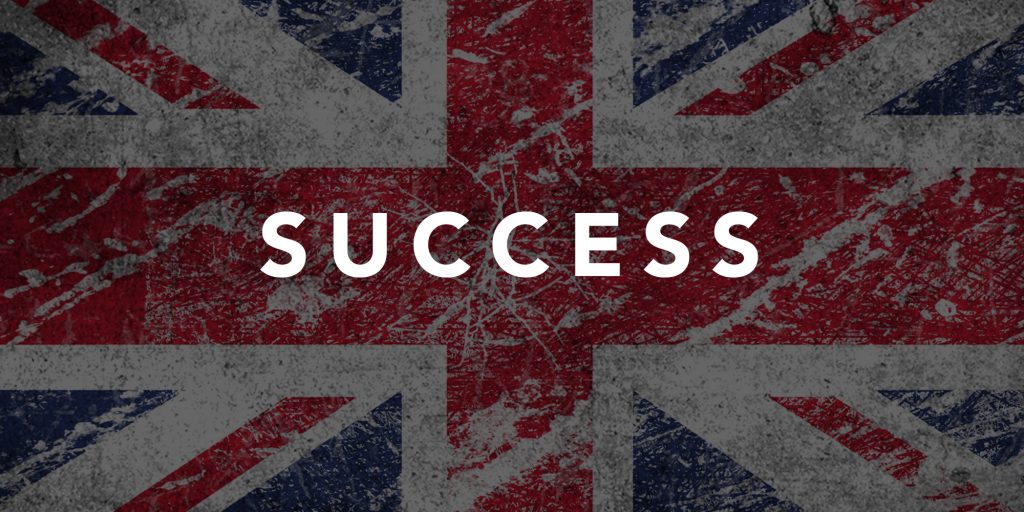 I was recently speaking to a friend who knew very little about my business, so I started to tell him of some of our successes. As I did, I felt excited, but also a little embarrassed. So I wanted ask the question: do we Brits need to get over our reticence to, firstly, celebrate success in ourselves, but secondly, to celebrate the success of others?

I recently read an article about UK startups vs US startups from the perspective of a venture capitalist. The article was an open letter to the US to say that just because the British state of mind was much more conservative in conveying their ability to get the job done, it made them no less capable than a US startup to achieve their goals. The article specifically pointed to a national character trait which meant they would not shout from the rooftops how ‘awesome’ they are, even if they are ‘awesome’. It’s not the done thing to brag.

The use of the title ‘entrepreneur’ to most British people would be unnerving, because, in our minds, it conveys a certain degree of success.

Success is not something you can self-proclaim in Britain. We prefer to have others imply success on us. To go around telling people how successful you are would essentially make you a cocktail party pariah.

We don’t do success very well. In fact we’re often cynical about other’s success. When we see someone from our hometown driving a nice car and living in a nice house, they aren’t often celebrated as a template for success. No, they’re often labelled ‘snobs’ or some other derogatory term. I guess it comes from a couple of thousand years of ‘knowing your place’. We need to get past this mentality. Self-deprecation might be your choice, but being deprecating about someone else, well that’s just being negative and bitter.

This post was originally called The Brag. I chose the word ‘brag’ over any other as there’s a negative connotation to bragging. Bragging is not the way to tell others of your success, but I think we are often so unskilled at telling people how well we’re doing that it often comes across as bragging.

If I ever tell you about the successes I’ve had in my business, it’s not me being arrogant, it’s that I’m conveying some of my successes to help inspire others to succeed.

I always do it with wonderment: amazed that me, Rick Jesse, from little rural Malton has been able to do the things I’ve done. The little kid in me often looks at the man I am and is astonished by my own growth, not in height (as I’m not tall) but mentally. If you knew my education background and my ‘lack of application’ in my early years you would understand. I’m truly amazed and thankful for everything that has crossed my path.

To end this part, I’m starting to think about a way that celebrates our successes. Maybe we build a platform that allows us to post those successes, try for a start, or maybe we just stop worrying about it and start talking about success. , I’ll post one to get the ball rolling, as this is me learning just as much as you.