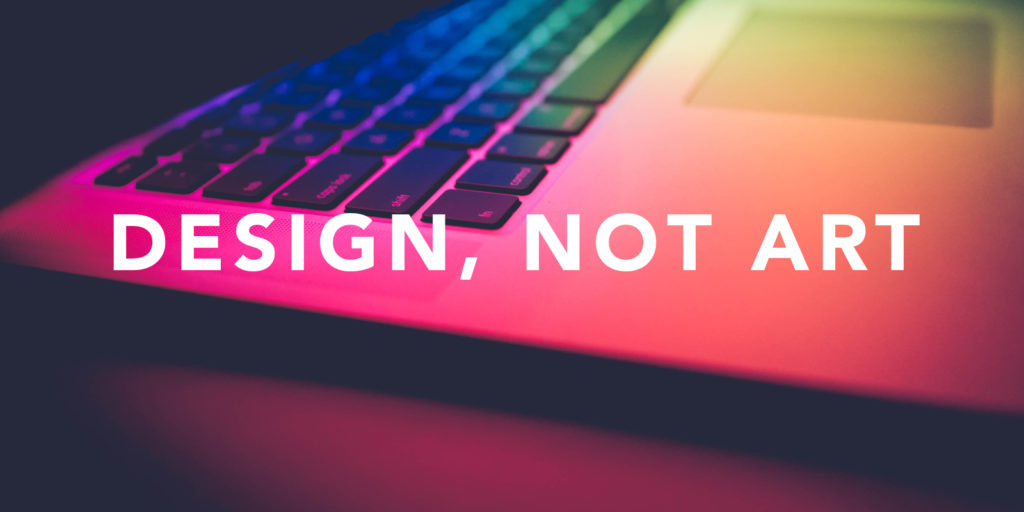 is a process of making something as good as it can be from an aesthetic and functional point of view.

I often refer to designers as being on a sliding scale, you have the artist at one end, who is purely interested in aesthetic and by creativity.

Then you have the engineer at the other end, who is purely interested in function and technicalities by logical analysis.

I would off-centre towards the end. Like with any designer we search after the holy grail of design, which is form and function in unity, one complementing the other.

My choice to be a graphic designer was partly down to the fact that I am more technically minded than I am aesthetically minded. And it all stems from my love of computers, specifically the Mac. If I had been more ‘aesthetically’ minded I may well have ended up in photography or as a painter.

in my early teens, I discovered computers. This would be 1988 onwards, so most computers were still monochrome and had little design functionality. But working with early paint software at my school, I created our school newsletter masthead (logo). The first that had been designed on a computer.

That one act promptly set me on the road to ing a graphic designer.

So what is it that makes you what you are today?