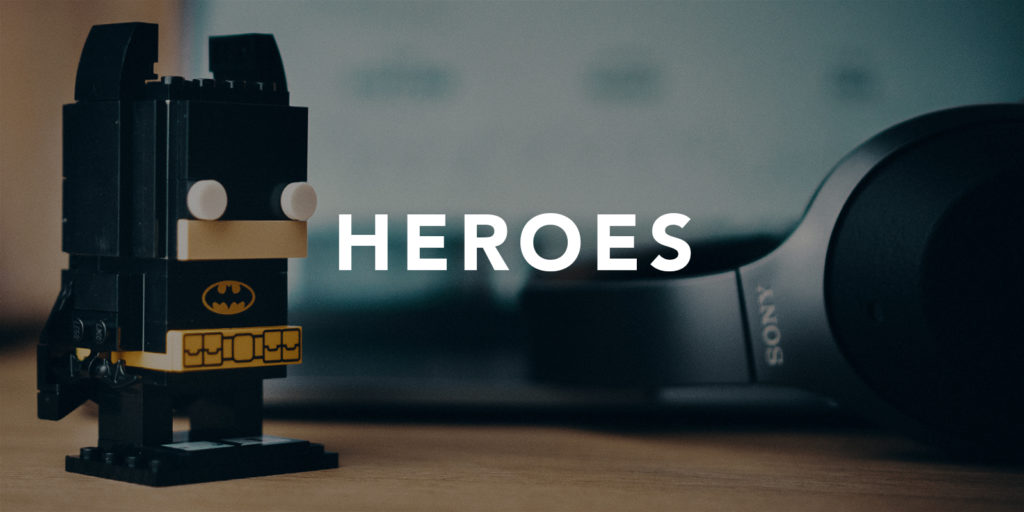 Everyone has heroes, some are in sport, some family, some public figures, but for me, I have found a new appreciation of three really interesting figures in history.

I hope that sentence didn’t put you off.

I mean most people don’t start cool posts with the phrase ‘interesting figures in history’ and lead onto something spell-bindingly, earth-shakingly great.

Typically we fall asleep at that. But I’m going to try to give you, if nothing else, a few little tidbits of info you can use to impress your friends.

We only really know of him in popular culture because he painted the most famous painting in history, ‘The Mona Lisa’. You may also know he designed a plane and a helicopter 400 years before they existed, but he also invented a tank, cannons and hand firing weapons.

But what impresses me the most is that he redesigned Florence’s sewerage system to cope with the growing city – he was commissioned and drew up plans to divert a river away from another city in Italy.

And he designed bridges, buildings and homes. He was an engineer and designed a huge variety of machines and contraptions that worked with pulleys and gears.

He also drew the human anatomy in such detail that physicians used his drawings to perform operations for hundreds of years.

As a kid born in the mid-70s, my early years were all about Disney, that was before He-Man/Thundercats came along and took over my young mind.

But still I took my kids to Disneyland Paris because of the magic I thought was there, and it was, along with amazing attention to detail the place had, which started to burrow into my head.

I then bumped into Disney again in a self-development capacity when trying to understand his management model (more on that another time). Then I watched a few documentaries as my interest grew. And now I’m half way through his 250k word biography.

Turns out Mr Disney wasn’t just a cartoonist, in fact, he rarely did any of that…he was a technologist – always pushing technology, from black & white to colour, adding sound, putting live-action and animation together as early as the 1920s.

But not only that he went on to design engineering feats, with rides for the world fair, and of course Disneyland. And before his death, he actually designed Epcot as a futuristic city, not as the park is now. It even had a glass dome over the city to control the environment.

Honestly, I was never a fan of Salvador Dali.

I found his images weird and creepy when I studied him in art history. But I read one article that changed all that, as with da Vinci and Disney, it turns out you can’t keep the guy locked into his only using a brush.

Because Dali actually wrote a couple of books, made a film – he actually even worked on a project with Disney – made jewellery, designed and built his own home, wrote plays, designed clothes and – my favourite – in 1969 he designed the Chupa Chups lollipop branding. He even placed it on top of the wrapper so it was always on display. He was a blooming graphic designer!

These three people are my heroes because they did not allow themselves to be restricted or pigeon-holed. They let their creativity and problem-solving abilities flow and touch anything and everything they did.

I like Steve Jobs, but he isn’t my kind of hero because he was single-minded and focused. Not something I appear to be made to do.

So I have found that in da Vinci, Disney and Dali are the people who are as broadly minded (read: unfocused) as me, but were actually successful. That’s why I’m so interested in these three and searching for more like them.

Who are your heroes?


Photo by Victor Xok on Unsplash