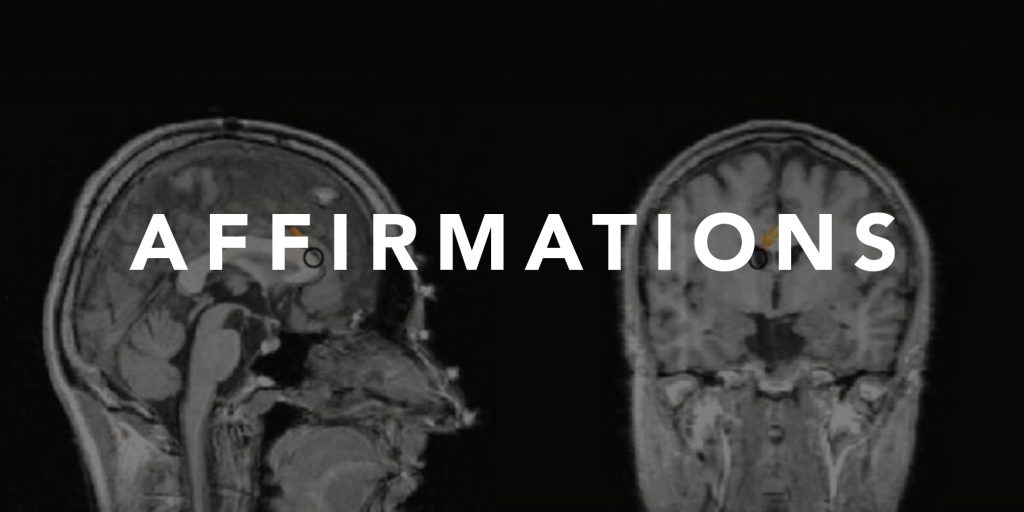 Self-affirmations, as they are widely called, are a tool of all self-improvement gurus and coaches. They are also seen a little New Age by those that do not fully understand the science, but they are not ‘magical’.
Today’s science is starting to better understand the use of self-affirmations as a tool for self-development. Studies in America have proven that affirmations have helped students achieve better grades, they have been seen to reduce stress in people and also improve problem solving.
Here’s the science bit: self-affirmations have a neurophysiological effect in our brain. In a study carried out in Canada, published in 2012, ERN or error-related negativity, is a pronounced wave of electrical activity in the brain that occurs within 100 ms of making an error on a task. The researchers carried out tests and found that self-affirmation improves performance and increases neuroaffective sensitivity to task errors.
To put this example in layman’s terms: we have two people – one who uses the affirmation “I am a confident communicator”, and the other who does not use an affirmation. And if both talk with a lack of confidence, the brain of the person using the affirmation notes the error (the lack of confidence compared to the statement) and corrects the error allowing them to speak more confidently. For the person who did not use an affirmation, their brain does not notice their lack of confidence, and therefore can’t correct it, so they continue to act without confidence.
Obviously this is a simplification of the data and everyone is different. However, it proves affirmations really do have a valuable place in the modern arsenal of self-improvement.
If you wish to be better, start by stating it positively and in the present tense and let your brain keep you to the task.
Check out Me But Better.