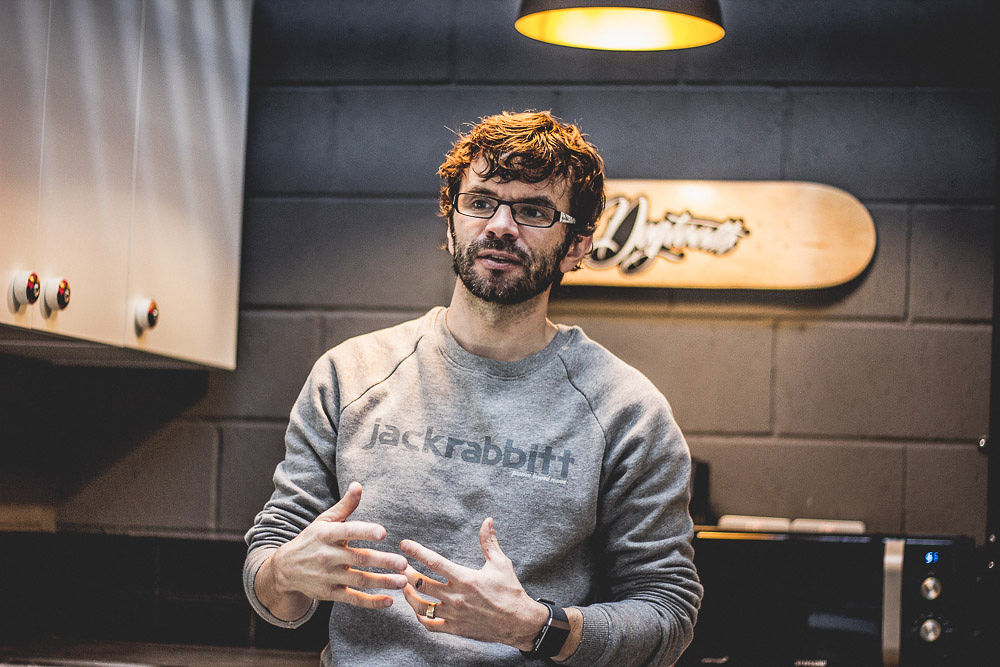 I am Rick Jesse.

A graphic designer and the founder of Dogtooth® a creative company.

Dogtooth® acts as the parent company for Wall Glamour® and STKRS, our two customer-facing brands.

Having started working life in the design and print industry in York, I went on to work for a Design Week Top Ten agency working on projects for Lego, McDonalds, Halifax, Bank of Scotland, KPMG and Nestle, before starting out on my own in 2006.

I have built and run two businesses which have allowed me to have products featured in the lobby of the BBC world service building. We have also supplied the likes of TED, Blippar, Yammer, Rovio (Angry Birds) and had our products featured on several TV shows including the Disney Channel, Britain’s Next Top Model, 60 Minute Makeover and T4 on the Beach. The team has worked on graphics for motor brands, we have installed building graphics all over the UK, we have designed and built apps, and created augmented reality products.

My passion is design and branding, and how branding actually meets the customer experience.

Branding is about everything you do as a business, from phone calls and emails to sales and management, all of these reflect the brand.

My other passion is stickers…because everyone loves stickers!

Outside work I love anything that gets my adrenaline going so I’ve done lots of extreme sports and I love cars and motorsport. I’m a father of two and married to an amazing woman who has won 16 National and British Autograss titles, racing in Minis and motorbike powered open-wheeled cars.

I’m also a musician, but my love of music came before my musical skills, as I only learnt to play as an adult.

The reference to 808 in the blog title is to the Roland 808 drum machine. This machine featured on most of the music I liked as a teenager, but it is also the perfect combination of two of my passions…