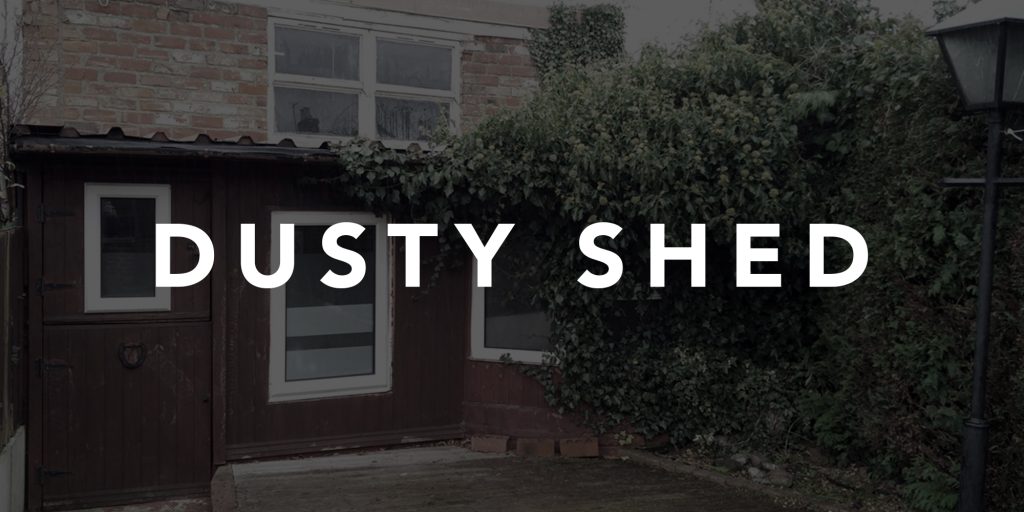 It’s Sunday afternoon in sunny, but cold, North Yorkshire and I’ve just been vacuuming my shed…the high life, I know. The shed happens to be the place I started my business from, and after ten years we are moving home and I have closed the door for the last time to my little incubator at the bottom of the garden. Which leads me to feel a little nostalgic.

When I bought the house, prior to getting married, I envisioned the little terrace cottage as a good place to set up, especially as I was freelancing at the time and the shed was quite ample for a little studio.

Little did I know, freelancing as a graphic designer wasn’t going to be the business I would build in there. As part of the graphic design business I was doing a bit of logo design and branding, so I bought a vinyl cutter on eBay for £500.

Shortly afterwards my mate Guy Redwood commissioned me to do some wall graphics for his first office in Leeds… that moment was the start of Wall Glamour® – though we didn’t realise it for a few months. To cut a long story short, since that day, our products featured in most of the top home improvement magazines, in dozens of blog posts, and on the TV sets of Britain’s Next Top Model, Channel 4’s O2 Wireless Festival coverage, T4 on the Beach, T4 in Miami, Red Bull Air Race, Disney’s Get the Junior Look, and a couple of products on ITV’s 60 Minute Makeover. One of which myself and my main man Ed Osborne had to fit on the show.

We installed graphics all over the UK – universities, businesses, schools, pre-schools and a LOT of hospitals for @grosvenorhealth and Teenage Cancer Trust.

One of my personal favourite moments was being able to do the window graphics for Attik, the Leeds based agency, who I’d always looked up to as a Yorkshire graphic design student in the early 90s. They produce a book called Noise every few years as a showcase of printing techniques and this was to promote Noise Nine.

We have shipped our wall stickers from the USA to India, Australia and Italy and lots of places in between. We have supplied stickers for some of the UK’s coolest startups, including designing and fitting the wall art in Campus North in Newcastle. This space has one of the UK’s premier startup accelerator programmes running from it, and we have worked with several of the startups over the last year.

We also negotiated an exclusive deal with Usborne books to use their ‘1001 things to spot’ illustrations as murals in hospitals and schools in the UK.

So, we have come a long way since we started cutting stickers in this shed in 2007. Little did I know what sort of impact this little shed would have on my life. This year has seen our best year yet and I have personally renewed my passion to make Wall Glamour® great. So whilst it’s the end of an era, it’s also the start of a new one.

Time to knuckle down and transform this small business into a national treasure.