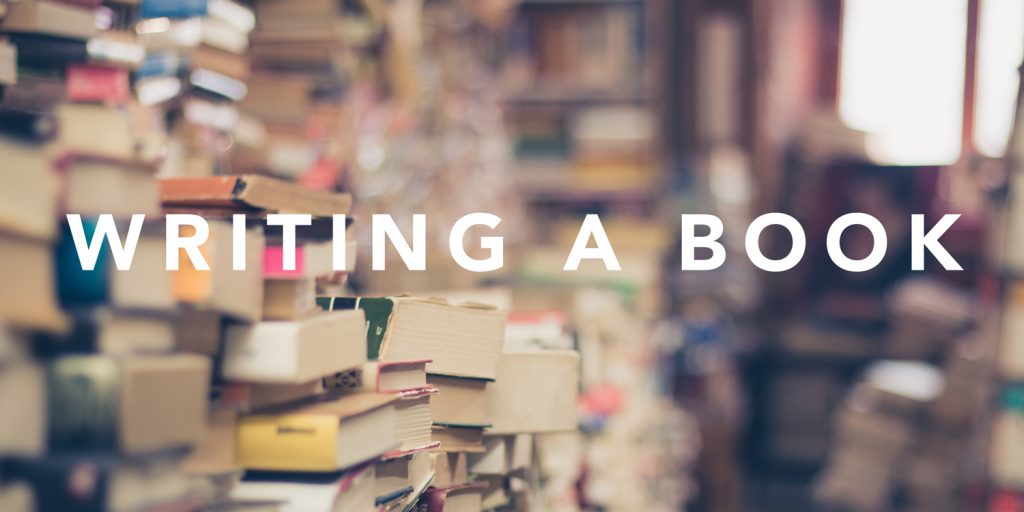 Over the last few years I’ve felt the growing urge to write a book. This probably coincided with the fact that I turned 40 a year ago.

Then there was also the fact that my dad got into writing, though he was pursuing fiction and I non-fiction. Two of my dad’s brothers were writers for film and television, so I imagine there’s something in the genes, or maybe it’s just a bit of good old rivalry – although his brothers are both no longer with us.

So maybe it is legacy. My family are all Scots and Irish and along with a love of music they like a good story. So this is mine…

I started a course, of which publishing was part of the process, so like any studious student I did what I was told and began to lay out a book.

I wrote several notes on what I wanted to write and what it might eventually contain.

The first theme that came into my head was about writing a book about business for creative types like myself. I’ve always found it an interesting topic among creatives – the act of exchanging creativity for cash. And also many, though not all, of my peers struggle with the concept of money.

Anyway I pushed on and wrote a 1000+ words on what the book would contain and then had a sudden fright about my legitimacy for being able to write it because I’m not yet a millionaire.

The book sat dormant waiting for me to start it, but I just couldn’t.

So then I created a new idea for a book about what I do in my business. This was obviously going to be easy as wall graphics is pretty niche, and I’m knowledgeable about all the processes within this area.

I started writing. Chapter one, two…three…three and a half and that was where it stopped – it was boring. It could possibly have become the best written book in the world and maybe everyone who read it would be thrilled. Though I doubt that, but I personally just couldn’t write that book.

Then a new idea began to build, about a new direction I would like to go in.

I’ve never been shy about saying I want to sell my business, and I started to think about positioning myself for after that exit.

The book would be about experience design, something I’m actually quite passionate about.

As a designer I see that the world needs design in every aspect of life, which is where I think I’m quite good. I see processes, functions, data and aesthetics as part of a design process for making human lives better.

So, I started the process of writing the book.

I got my stories and anecdotes ready, I researched what I didn’t know, I wrote a 1000+ words on what the book would consist of, I wrote the chapter titles out, then a paragraph for each chapter.

And I was happy.

This would be the book that would help me in my current business, but also lead me into the future if and when I sell my business, as I have every intention of starting a new business.

I ended up rewriting the content after some feedback from peers and started to focus the book towards business – it would be a guide for businesses creating engaging experiences. It was all good.

Before I get to the writing part, I will say that this took approximately eight months to get to that point, and in between writing and not writing my book, I had started this blog and I was writing more than ever. I had also been writing considerable amounts for internal systems for my business too.

I had seen a few people in my group post about completing their books and I knew there was only one way I was going to get this book done. That was not by a process of attrition over weeks like they had done, but by a process of a big push in a short space of time.

I saw in my diary that my wife and kids were away one weekend so I plotted that as my weekend to ‘bash out my book’. As the weekend got closer I was excited to get started, so coming back up on the train from London on Friday, I started the introduction, then the first chapter, then the second.

Before I started on Saturday morning I had 3k words, which was good, but only a fraction of the thirty odd thousand words I had to write. I knew it was going to be a task. I added another 1k words, but didn’t really get started until lunchtime on Saturday with a friend popping by mid-morning.

Once I was back at it, I set myself the task of writing a chapter at a time, in the order they appeared in the book. I got to late afternoon and I needed a break by this point – I’d done six chapters and about 9k words.

Then when I was having a rest, I picked up a book I had started a week ago about becoming awesome. The chapter I was on was about being authentic and being the “me I wanted to be”, not “the me I wanted others to think I was”.

Grr, this was bad timing in many ways. I had already hit a hurdle on the chapter of psychology I was writing, and I knew I didn’t have the skills or authority to write it.

But what would I do if I didn’t write this book?

There was no way I was quitting. I had a book in me and I was getting something out.

Immediately I knew what book I had to write, it covered some of the topics I had already written and some I had blogged about. So I went back to the metaphorical drawing board and wrote all my chapter titles out on cards arranged them in order and created a new book from what I had.

By 10pm I had reworked a book and was about 12k words in. I rewrote the intro and the final chapter. I wrote the final chapter as I had to know where this would end. Then I posted on Facebook that it was me in a battle against tiredness – this was me giving myself some accountability.

And I wrote and wrote, breaking for a five or ten minute rest between chapters. I wrote until 4am. To get that far I filled myself with considerable amounts of coffee and legal stimulants. I went to bed and lay awake for thirty minutes before sleep eventually came.

7.30am (yes, three hours later) I was awake again, feeling pretty terrible as you can guess. But there was no way of sleeping again, so I got up, freshened up and got back to writing.

I had finished on 20k words, so just 10k to go. I kept on counting words and adding up the chapters as I was getting through it. By 11am I had to sleep again for about 30mins, then back to it.

I did this another two times. I hit polyphasic sleeping without any real desire. And by late Sunday evening I was at 26k words with four chapters to go. But there was no more gas in the tank. I was spent.

On Monday before work I bashed out another fifteen hundred words, then another 1k later that day. By Tuesday morning I only had one chapter left, which I managed to do before 9am. That was it: 32.5k words. First part done.

In the ‘bash it out’ style I never stopped to spell check anything and given that I was writing at 4am there may be some need for a bit of rewriting here and there.

Being true to yourself is probably one of the best things you can do.

Either knowing what to write (is it you) or how to write it (do you need to bash it out or work methodically through it). The main point is: you can actually do it.

Though some might disagree, I think anyone can write a book. Those that have read books that persuade you otherwise, well they’ve probably not been writing from within themselves. And you just might not be the audience the book was intended for.

I wrote this blog post not long after writing the book. Little did I know it would take a considerable effort to reread my own words and edit it before then sending it to a professional editor, who then sent back alterations and questions which caused yet more procrastination. Eventually, I finalised the book and sent it to a copywriter for checking which brought up some more issues. Eventually, some two years after the big-push weekend, I published the book on Amazon.

What I wasn’t ready for was the massive mental effort that was required to finish the book. The post above detailed the efforts of that one weekend but really that was like an artist sketching the layout of the painting on the canvas, and it actually took a lot more effort and time to complete the full painting.

Having said that, I still stick by the statement that anyone can write a book, the only caveat I’d add now is ‘if they have the willpower to push on through’.

I would say that blogging is by far the best place to start though. 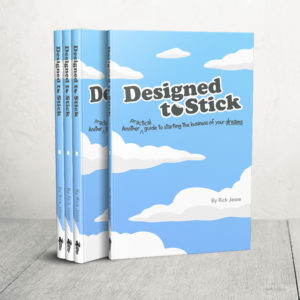